We continue our coverage of the 2-year-old, Jacob Kimbley’s death. Investigation is still underway, as of now… autopsy results are still pending.

Justice of the Peace, Mitch Shamburger, tells KETK autopsy results will be in soon and that lab work is being done.

KETK asked Pulliam what the children’s physical condition was at the time of removal.

“They were quite dirty when we removed them from the home, the home conditions did concern us, so that’s why we did take them into foster care, so we can continue our investigation alongside law enforcement about what really happened out there that day when the 2-year- old child died, said Shari Pulliam.”

The condition of the home and kids were enough to remove them from the home.

CPS is working with law enforcement to determine whether the children will be released to the parents, but that action depends on the outcome of investigation.

Pulliam says, visits with the Kimbley children and their parents are set for a later date, and that visited will be supervised by the CPS office.

We will update as this case develops and when autopsy results are in. 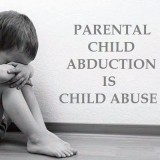 The only thing greater than my love for my son was the pain of losing him. Since 2004,. I have endured the traumatic pain of being completely erased by my own mother. Iwho assisted a known pedophile in kidnapping my son and brainwashing him against me. I lost my entire family.
This is my story of how a mother possesses the sick ability to create a legacy of grief.

This is how they murdered me.