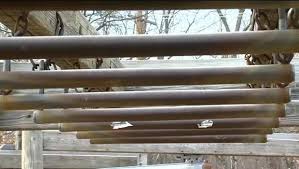 Just over a week after a two-year-old was injured by razor blades affixed to playground equipment in East Moline, police said razor blades were found at a park near Philadelphia. 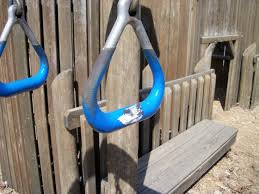 WTVD reported that on Tuesday evening, April 1, 2014 maintenance personnel found razor blades duct-taped to playground equipment at Eaton Park in Brookhaven, Pennsylvania. They were found before any children were harmed. 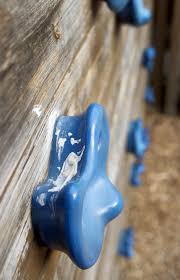 After the discovery, other nearby parks were checked and cleared. Officers will continue to keep an eye on area playgrounds.

On Monday, March 25 a two-year-old boy sliced his finger on a razor blade glued to the monkey bars at Millennium Park in East Moline.

A warning was issued to Brookhaven residents in the area to be cautious of where kids in the community play.

“Parents are being warned to check the equipment due to the fact that some thoughtless criminal had duct taped some razor blades to the equipment that could have caused injury to children playing in the area,” said a spokesperson with the Brookhaven Fire Station. 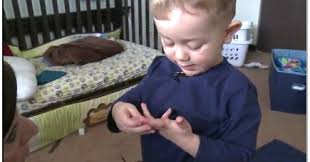 Last week, images of a toddler’s hands sliced up by razor blades that were glued to playground equipment in Illinois went viral. Now, a similar incident has been reported at a park outside of Philadelphia.

Police are looking for the person responsible for duct-taping razor blades to playground equipment in Brookhaven Borough, Delaware County on Tuesday, according to multiple Philadelphia news outlets. No one was injured in the most recent incident but police are advising parents to check playground equipment before letting their children play.

Police checked the parks in the area surrounding Eaton Park where the incident was reported and nothing else was found.

“I understand it’s April Fool’s Day but this is not a joke. It’s not funny,”

The incident was nearly identical to the one reported in Illinois last week when police in East Moline said they found about a dozen razor blades glued to playground equipment at a local park.

Photos of the razor blades and a 2-year-old’s bloody, cut hand went viral on Facebook and made national headlines.