If this isn’t ever the truth! In the end it hurts the Children!

Children absorb their environment even at ages so young they can’t talk yet.

Domestic violence abusers often includes use the system as their weapon। of the time the abusers do this, they get away with it with the assistance of judicial officials and social services.

It must be stopped for the childrens’ sake. 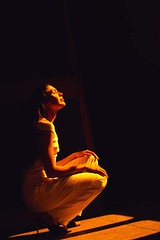 Some of the Biggest Victims of Domestic Violence Are the Smallest 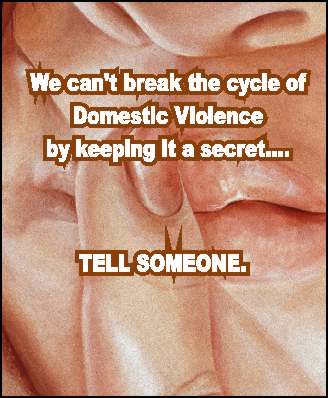 NEW YORK — A global report published today by UNICEF and The Body Shop International reveals the devastating and lasting impact on children of living with domestic violence. Based on global data from the United Nations Secretary-General’s Study on Violence against Children, the report conservatively estimates that as many as 275 million children are currently exposed to domestic violence. The fact that domestic violence is chronically underreported and that some countries have no data at all makes it difficult to quantify how many children it affects.

The figures reveal that every year in the United States, up to 2.7 million children have been exposed to violence against a parent.

“Domestic violence can have a lasting negative impact on children,” UNICEF Executive Director Ann M. Veneman said in New York. “We must do everything in our power to ensure that children grow up in safe and stable environments, free of violence.”

The Body Shop(R) is helping to take action against domestic violence by launching its 2006 Stop Violence in the Home Campaign, which focuses on children as the forgotten victims. For this year’s campaign, The Body Shop(R) has joined forces with the National Coalition Against Domestic Violence to raise funds and awareness to help protect and support children who are exposed to domestic violence.

Dame Anita Roddick, Founder of The Body Shop(R), added, “Our report shows that some of the biggest victims of domestic violence are the smallest. Protecting children should be the absolute concern of everybody who is working to see an end to domestic violence. We urge everyone to rally behind this global campaign.”

Defining domestic violence as physical, sexual, or psychological abuse of a parent or caregiver, the report finds that the experience of watching, hearing or otherwise being aware of domestic violence can impact children’s physical, emotional, and social development, both during childhood and later in life. In the vast majority of cases, domestic violence is perpetrated against women. At least one in three women globally is a victim of domestic violence. The report turns attention to the lesser-known facts: the impact on children who are exposed to this violence.

The lasting impact of domestic violence on children

The Body Shop’s Stop Violence in the Home global campaign aims to raise awareness and to encourage governments to better protect and support children who are exposed to domestic violence.

The report finds that children who live with domestic violence not only endure the distress of being surrounded by violence, but are more likely to become victims of abuse themselves. An estimated 40 per cent of child-abuse victims also have reported domestic violence in the home.

As they grow up, children who are exposed to domestic violence continue to face a range of possible effects including trouble with school work, limited social skills, depression, anxiety and other psychological problems. They are at greater risk for substance abuse, teenage pregnancy and delinquent behavior, according to the report.

The report also finds that the single best predictor of children continuing the cycle of domestic violence, either as perpetrators or as victims, depends on whether or not they grow up in a home with domestic violence. Research shows that rates of abuse are higher among women whose husbands were abused as children or who saw their mothers being abused. Many studies have also found that children from violent homes show signs of more aggressive behavior, such as bullying, and are up to three times more likely to be involved in fighting.

The report urges governments and societies to pay more attention to the specific needs of children who live in homes impacted by domestic violence. It also identifies the need for better monitoring and reporting on the prevalence of domestic violence in order to shed light on this hidden issue.

–Raise awareness of the impact of domestic violence on children through public education campaigns and efforts to challenge beliefs and customs that condone violence.

–Create public policies and laws that protect children. Governments must enact and enforce laws and policies that criminalize domestic violence and protect all its victims.

–Improve social services that address the impact of violence in the home on children. Interventions that support children who are exposed to domestic violence help minimize the long-term risks to these children and must be adequately funded and scaled-up.

“We are very grateful to The Body Shop(R) staff and customers who are rallying behind this vital campaign in the United States. By taking a small step to purchase a soap, customers will be making a huge difference in the lives of children suffering from the impact of violence in the home,” said Kim Burrs, The Body Shop(R) Director of Values.

“The National Coalition Against Domestic Violence is pleased to be working with The Body Shop(R) and are particularly excited about the new Daisy Soap. It will raise critical money to help the N.C.A.D.V. fund work to support children who have suffered the impact of domestic violence. Every soap that someone buys is a vote to stop violence in the home,” said Rita Smith, Executive Director of the National Coalition Against Domestic Violence.

Funds raised from the lightly scented new Daisy Soap ($4.00) will be donated to the National Coalition Against Domestic Violence to help to fund the Teacher Training Campaign. The Teacher Training Campaign is part of a nationwide N.C.A.D.V. public awareness campaign to address the most effective ways to help protect children from the devastating effects of domestic violence, while training the people who interact with them on a daily basis – teachers.

NOTES TO EDITORS: The report Behind Closed Doors: The Impact of Domestic Violence on Children is the result of a new partnership between UNICEF, The Body Shop International, and the United Nations Secretary-General’s Study on Violence against Children, the first global report to document the nature and extent of violence against children.

The United Nations Secretary-General’s Study on Violence against Children

The Secretary-General’s Study, is a groundbreaking effort to detail the nature and scale of violence against children globally. Using the latest research from across the world, the study looks at violence in five settings: the home and family; schools and educational settings; other institutional settings (such as orphanages); the community and on the streets; and work situations.

Led by Paulo Sergio Pinheiro, former Secretary of State for Human Rights of Brazil, the study is being developed in close consultation with UNICEF, the World Health Organization and the Office of the High Commissioner for Human Rights.

The Stop Violence in the Home campaign

Stop Violence in the Home is part of The Body Shop International’s ongoing global campaign to raise awareness on the issue of domestic violence. To date more than GBP 2 million has been raised by The Body Shop(R) global campaign. Initially launched across the world in 2003, Stop Violence in the Home has been rolled out across the globe to help victims of domestic violence and is now running in more than 35 countries. The Body Shop International Plc has over 2,000 stores in over 50 markets worldwide. A global retailer of high quality toiletries and cosmetics, we are also committed to environmental protection and respect for human rights. We develop trading relationships with communities in need; we are against animal testing in the cosmetics industry; and we encourage education, awareness and involvement among our staff and customers.