Well this is an event that we do not see very often.  There is so much media coverage, I’ve decided to copy and paste the articles below for Tuesday’s readers to sift through.

There is accountability in Greenville, Texas with three CPS workers arrested on charges that they falsified documents, and mishandled a sexual abuse case, including illegally conducting a  search and seizure – knowingly.

It is our hope that justice will be served and this will serve as a precedence set for future cases involving CPS and families under investigation. It is only through transparency and public scrutiny that government agencies like CPS will be held accountable to not only the minimum standards set by law, but much deserved justice given to the forgotten children of the foster care system.

It is also important to remember, during this time, that media coverage respect that these are real people involved in a very horrific situation. They are grieving the loss of a child, and dealing with emotions of unimaginable proportions. There is no doubt a tremendous difficulty in a daily  struggle to handle such an ordeal that to add to it an onslaught of media coverage must double, triple, or quadruple the degree of pain and heartache they must feel.  While it is vital that the general public be made aware of truths within our child welfare system, Its Almost Tuesday is hopeful that the media will not unfairly sway opinions, or turn this case into a ‘circus’ that may impede such truth and that justice will prevail, whatever that may be.  It is an unfortunate shame (to understate it at the very least) that a child had to die in order for accountability to be sought.  We applaud the prosecutors for seeking such accountability, and for standing against the very essence of a damaged system by arresting those involved in wrongdoings.

Our hearts go out to those affected by the Alicia Moore case, and to those grieving the loss of this child, perhaps there is a tiny bit of solace offered in these arrests, and may truth and justice prevail; so that Alicia’s death can leave a legacy for future CPS caseworkers to remember.. and a lesson learned.

Its certainly not much to offer  our words of support in comparison to the hardships the Moore family faces, so again, our hearts go out to you, and may peace find you well.

Three Child Protective Services employees from Greenville have been charged for their handling of sexual abuse allegations in slain teenager Alicia Moore’s file.

Investigators say three women were indicted by a Hunt County grand jury. The indictments have been sealed, but arrest warrants were issued on Tuesday.

The women were taken into custody. As of Tuesday night, Ard was the only person to post bail.

NBC 5 spoke to Ard after she bonded out of jail. She said she had been with CPS for 30 years and had never been in trouble.

Sources tell NBC 5 that only the charges of tampering with evidence apply to the Moore case and that tampering could include, altering, destroying or fabricating information in Moore’s investigative file.

CPS had an open file on Moore who was a victim of sexual abuse in the months before her disappearance on Nov. 2, 2012.

Moore was last seen about a block away from her home getting off a school bus. The teenager’s body was found days later stuffed into a furniture trunk, dumped along a rural road in Van Zandt County.

Moore’s great uncle, Michael Moore, has been charged with capital murder in her death.

During the Moore murder investigation, investigators with the State Inspector General’s office began looking into accusations that Moore’s CPS case was being mishandled. Officers with the IG’s office spent month’s looking into Moore’s CPS file and turned over findings in a report to the Hunt County District Attorney’s office last month. Hunt County examined the report and presented it to a grand jury, which returned the multi-count indictments.

It is not known at this time if anything in Moore’s investigative CPS file could have been used to possibly prevent her murder or aid in the murder investigation that dragged on until Michael Moore’s arrest in May 2013.

The charges allege all three acted together to use a false document in the investigation of the mother of slain Greenville teenager Alicia Moore and that two of the defendants conducted unlawful searches and/or seizures against multiple targets of CPS investigations.

One of those charged, Laura Marsh Ard, is the former program director for the Texas Department of Family and Protective Services office in Rockwall.

The tampering with physical evidence indictments allege all three defendants acted together on or about Nov. 6, 2012 “to use a record and/or document to wit: the risk asssessment involving Aretha Moore … with knowledge of its falsity and with intent to affect the course or outcome of the investigation.”

In three of the official oppression indictments, Reynolds and Ross were alleged to have acted together as CPS investigators to have subjected three separate individuals who were under CPS investigations “to search and seizure that the defendant knew as unlawful” on or about Dec. 16, 2011, March 28, 2012 and June 14, 2012.

Ross was also alleged to have subjected a fourth individual under CPS investigation to an unlawful search and/or seizure on June 27, 2012.

The tampering with physical evidence charges are third degree felonies, punishable upon conviction by a maximum sentence of from two to 10 years in prison and an optional fine of up to $10,000.

The official oppression charges are Class A misdemeanor counts, which fall under the jurisdiction of a state district court, in this case the 354th District Court.

Dates for arraignment hearings — at which time the defendants will have a chance to enter formal pleas to the charges — had not been scheduled as of Wednesday morning.

GREENVILLE — Attorney Peter Schulte, who represents Rebekah Thonginh Ross, one of three people indicted in connection with an investigation of the local Child Protective Services (CPS) office, issued a statement this morning on Ross’ behalf:

“Rebekah, who has dedicated the last several years of her life protecting the children of this State, is not guilty of these charges. The truth will be revealed in Court and we ask that the public withhold judgment until all the facts are known.  It’s disappointing that certain law enforcement officials in Hunt County and/or Austin are releasing alleged “facts” about these cases to the media that are simply not true. We have no intention of trying these cases in the news media and hope that the Government decides to follow their legal obligation to not make statements about these cases to the media outside the Courtroom.”

OTHER ARRESTS OF CPS WORKERS: 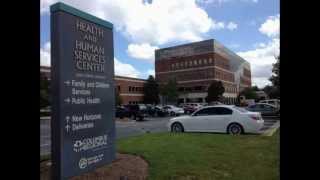 In August 2012, two social workers were arrested at the Columbus Georgia CPS by the GBI and the Inspector General for making fraudulent child abuse reports to get federal funding and pushing others to lie with them. 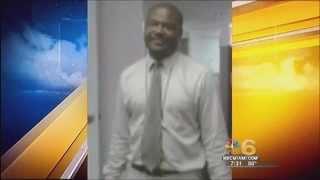 MIAMI — The teenage foster kids called their rendezvous with men who paid for their affections “dates.” Sometimes they had several scheduled each day.