Skip to content
Contact us: Itsalmosttuesday@yahoo.com
June 6, 2019June 6, 201914thdaymomLeave a comment
This series of investigative journalism about Texas CPS, originally published January 13, 2015, in the Austin-American Statesman is an awesome read.

I highly recommend taking the time to explore all the articles and links below.

Kudos to Andrea Ball and Eric Dexheimgg for such great work.

Child Protective Services has struggled with high turnover as caseworkers face danger and extreme stress, insome cases lying or falsifying records in an attempt to keep up with overwhelming workloads. But agency officials are optimistic about a new overhaul plan and efforts to identify high-risk cases early.

Agency has been fighting an uphill battle.

Misconduct cases, while rare, indicative of intense workloads and pressure to close cases

Houston CPS worker Michelle Robinson testifies during her trial at the Harris County Courthouse in October. Robinson was convicted of falsifying records, sentenced to a year probation and ordered to pay a $300 fines

When Child Protective Services received a complaint that a Harris County father had choked his teenage daughter, caseworker Michelle Robinson said she hurried to the house, conducted a thorough investigation, determined there was no merit to the allegations and closed the case.

Except she didn’t. In October, a Harris County jury convicted Robinson for falsifying CPS records, concluding that she’d lied when she said she’d interviewed key sources in the case and that she left the young girl in danger. Robinson was sentenced to a year of probation and ordered to pay a $300 fine.

It wasn’t an isolated case. Since 2009, at least 50 CPS workers have been caught lying to prosecutors, ignoring court orders, falsifying state records or obstructing law enforcement investigations, according to an American-Statesman review of state and court documents.

State officials insist those cases are rare. The employees accused of misconduct found by the Statesman represent a fraction of the 3,400 investigators and foster care workers in the agency.

But the agency cannot definitively say how often it happens since it does not comprehensively track the number of people who were fired for such offenses. It also doesn’t count the number of CPS employees who were punished, but not fired, for such misconduct, because that information is stored only in employees’ personnel files, said Patrick Crimmins, spokesman for the Department of Family and Protective Services.

Officials do have some sense of the scope of the problem because they receive reports of violations that have been confirmed by the Health and Human Services Commission’s Office of Inspector General, the commission’s in-house watchdog. But those numbers don’t include misconduct that CPS handles internally.
Through a series of open records requests, the American-Statesman identified numerous employees accused of wrongdoing by CPS or the inspector general who were referred to local law enforcement agencies.

The majority of those referrals were for lying on government documents to cover up sloppy casework, with caseworkers often saying they had visited children they had not. In other cases, employees failed to cooperate with law enforcement, lied on their travel reimbursement forms or refused to comply with a judge’s orders.

I think I’ve been very clear. In cases where you falsify documents, that’s a firing offense .-John Specia, commissioner of the Department of Family and Protective Services

State officials say they take swift action when they find such misconduct.

John Specia, commissioner of the Department of Family and Protective Services, said lying by caseworkers is never acceptable.

Yet consequences doled out by CPS are inconsistent. Some employees have been fired, but others were not punished at all, the paper’s analysis showed.

Additionally, some supervisors who meted out discipline to troubled workers were later accused of their own misconduct, which some child welfare advocates said contributes to poor morale on the front lines.

“Once, a supervisor actually changed a worker’s documentation to state that the worker interviewed the children when they actually did not,” she said. “That supervisor was caught as the printed documents did not match up with the things changed in our computer database. … They both still work for the agency.”

When Specia arrived in 2012, the commissioner made it very clear that he has a zero tolerance policy for such behavior, and indeed it seemed to happen less frequently, Patel said. But records show it still happens.

While each case is different, one clear theme emerges in the personnel and investigation records: An unmanageable workload and intense pressure to close cases compels workers to cut corners

” In 2009, Texas’ Legislature ordered Child Protective Services to publicly record every abuse- and neglect-related death in the state – but those reports have not been thoroughly analyzed to help identify patterns to prevent future deaths until now.

Caseworkers obviously don’t enter the profession with the intent to lie about the safety of children, said Randy Burton with Justice for Children. But pressure to close investigations “come hell or high water” has plagued caseworkers for years and can lead to wrongdoing, he said.

I think that pressure has also directly resulted in sloppy casework and finding any excuse by caseworkers to close cases,” said Burton, whose Houston-based nonprofit advocates for child safety. “Once falsification of records begins, it tends to become a pattern. The only way to cover up a lie is with another lie.
The consequences can be devastating. In April 2013, a Corsicana infant was seriously injured by his parents after a CPS investigator failed to check out a neglect allegation against the family but said that she had.

When CPS investigators don’t investigate those cases and lie about it in their reports, not only are they breaking the law but they are putting the children they are supposed to protect in danger,” said Harris County Assistant District Attorney Adam Muldrow, who prosecuted Robinson

Neither Robinson nor her attorney could be reached for comment

Allegations of wrongdoing come to the agency in a number of ways. Officials can receive complaints from prosecutors, defense attorneys, teachers or parents.

CPS supervisors also have discovered misdeeds through mistakes in travel reimbursement forms, which raised questions about whether caseworkers actually saw the children.
From there, the agency scrutinizes the allegations. It also sends complaints to the Office of Inspector General, which launches its own investigation.

If evidence of potential criminal wrongdoing is discovered, the case is referred to the local district attorney’s office.

Some regional offices have been accused of misdeeds multiple times. In Smith County, which includes Tyler, prosecutor Tiffani Wickel has reported at least six employees for wrongdoing in the past two years.

In one case, three workers were accused of forging a signature on a removal affidavit to the court because the investigator said she was out of the office when it was due. The investigator quit, and two other employees were disciplined.

Wickel did not respond to questions about whether the women were charged and prosecuted for their alleged misconduct.

Police detectives leave Abilene’s CPS office during an investigation into mishandling of a severe neglect case. Police said the investigation was difficult because of the department’s relationship with CPS.

In another case, three Abilene-area CPS workers were accused of obstructing a criminal investigation into the 2012 death of Tamryn Klapheke, who starved to death days after a CPS caseworker closed the case without visiting the child.
In that situation, former CPS regional director Bit Whitaker signed off on disciplinary action against a supervisor accused of subpar work involving the child. Whitaker, however, was later accused of wrongdoing in the same case.

She was put on paid leave and allowed to retire while the Abilene Police Department investigated allegations that she concealed documents and medical records involving Tamryn and her sisters.
In July, a Taylor County grand jury indicted Whitaker on charges of tampering with physical evidence, a third-degree felony. Sgt. Lynn Beard with the Abilene Police Department says more indictments could come against other CPS employees.

“It was very difficult,” Beard said. “We had to investigate people we know“

In 2013, three CPS workers in Greenville — Laura Ard, Natalie Ausbie-Reynolds and Rebekah ThonginhRoss — were criminally charged with tampering with evidence in the death of teenager Alicia Moore, who police say was murdered by her uncle after CPS had been warned the girl was in danger. Prosecutors say the three workers falsified documents to justify closing the case without conducting a thorough investigation.
Thonginh-Ross told officials she did it because she was under pressure to close cases and that she was only following Ard’s orders, according to a report by an Office of Inspector General investigator. Ard then blamed her supervisor for issuing an edict to reduce the office’s backlog of investigations, the document states.
Ard said that the ‘state office’ was aware of the manner in which CPS was working,” the inspector general report states. “Ard also said that as long as CPS employees are paid at their current levels that this is the standard of work that could be expected from them,”
Next: State hopes analytics prevent child abuse deaths 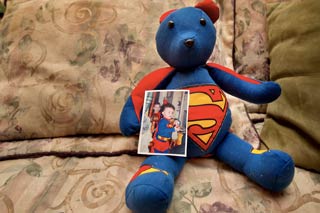 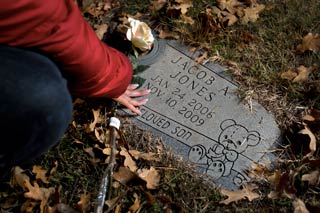 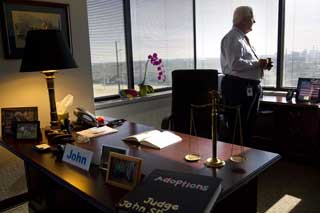 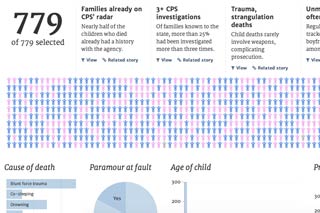